After finally seeing The King's Speech this past weekend, I thought it was time to write a Top 10 list of 2010. I need to catch up on the Academy Award nominees for Best Documentary Feature, and it must seem like an obvious omission to have not seen all of them before writing this list. But, alas, here is my list anyway. The order in which the films are listed are not set in stone, as I keep flip-flopping when I try to place certain picks above others (my honorable mentions could be swapped into the top ten as well), but my top two are definitely there to stay. 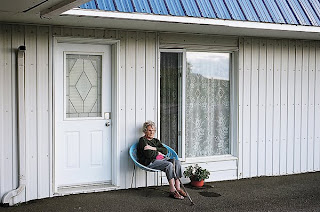 I think it may be a little unfair to list these three films in my top ten as they were only, to my knowledge, shown on the festival circuit. Nonetheless, they are fantastic:

The Fabulous Fiff and Fam 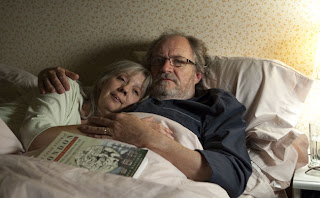 Two wonderful examples of realist cinema, set in opposite landscapes and displaying opposite tones and atmospheres. One from a legend in the medium, the other from a newer American filmmaker. Both containing winning performances, especially from the likes of Jim Broadbent, Ruth Sheen, Dale Dickey and John Hawkes. 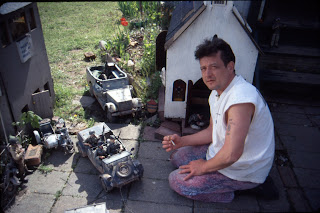 Although this is mainly a documentary/realist cinema blog, I like what I like. I’ve recently come across the fact that many of the films I gravitate towards and purchase are, well, somewhat ‘downers’. Therefore, I found myself really enjoying creative and fun “popcorn fare” this year. I think my number one choice, in a way, combines my various tastes.

10) Blue Valentine – Derek Cianfrance - A modern American relationship drama about an age group that never seems to be represented as truthfully as it is here. A wonderful performance from Ryan Gosling and fantastic time-shifting editing.

9) The King’s Speech – Tom Hooper - Gloriously shot, a historical comedy/drama that succeeds due to its central friendship. Director Tom Hooper builds tension in a climactic scene that needs no guns or violence to pin you to your seat.

8) Kick-Ass – Matthew Vaughn - A film where the guns and violence do pin you to your seat, but it’s so fun that you want it to go on long after it has ended.

7) Joan Rivers: A Piece of Work – Ricki Stern, Anne Sundberg - This one has grown on me over time. A comedy legend brave enough to show us her real self, inside and out. Touching, funny and ultimately and surprisingly sad – but in a good way.

6) Incendies – Denis Villeneuve - Canada’s nominee at the Academy Awards is a brutal, heavy piece on war, memory and coincidence. A film I think that iss ultimately too heavy for me to view again, but one that is so wonderfully made that it deserves its place among the best of the year.

5) Let Me In – Matt Reeves - Chloe Grace Moretz is one of the breakout stars of 2010, with this film and her turn in Kick-Ass. She and Kodi Smit-McPhee give two of the best performances of the year in this dark remake of the Swedish original. I may be sacrilegious in saying this, but I believe it succeeds in eclipsing its predecessor. More fluid and engaging, and containing an astonishing car accident scene, this film impressed me more than I could have imagined.

4) Exit Through The Gift Shop – Banksy - A hilarious and astounding piece on street art and its transformation into sometimes bullsh*t commodity, Banksy creates a portrait documentary on a man who becomes an unlikely and, while viewing the film, unexpected star.

3) Scott Pilgrim Versus The World – Edgar Wright - One of the most creative and exciting films I have seen in a long time. Succeeds in making Michael Cera charming again, with a wild cast and an even wilder visual presentation. I can’t wait to see it again.

2) Marwencol – Jeff Malmberg - Seeing this at last year's Hot Docs Film Festival, I was astounded by its contents. The director never trivializes his subject, and what a subject he is. Mark Hogancamp is so interesting and his photographs are so beautiful that after watching Marwencol one can’t help but wonder why he or she hadn’t thought of taking similar pictures. Excellent stuff. 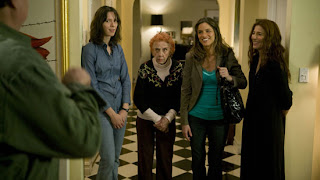 1) Please Give – Nicole Holofcener - It was a toss-up between this film and Marwencol for the top spot, but every time I think of the past year in film, I immediately think of Please Give. A touching and hilarious portrait of every day people and how consumerism and guilt affect them, the film contains some of the best performances I have seen all year, Amanda Peet topping them all. A film with no easy answers or resolutions, Please Give is all the better for it. It may not be the most groundbreaking piece seen in 2010, but it affected me in a way I can’t explain. I take that as a good sign.
Posted by David Van Poppel at 12:39 PM