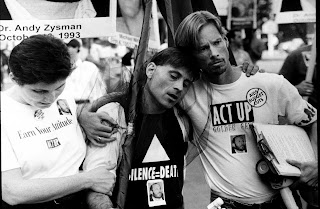 Weissman’s feature documents the AIDS epidemic in San Francisco from its uncovering in the late 1970s and early 1980s to its slowdown, yet still much alive state, today. We Were Here is a “talking heads” documentary, which can leave the viewer, such as myself, hungry for more visual and creative flair. But the interviews presented here are just so heartbreaking and involving, really making this film something to cherish. Interviewing various subjects who lived through the era: a florist, a nurse, a hospital volunteer, Weissman intercuts their words with haunting visuals of lives lost and of citizens in political and social unrest. Without said visual flair and a concrete ending (but could there really be an ending with such a subject?), the film risks alienating audiences, but the director has compiled such fantastic interviewees that I wonder if there was a dry eye in the entire theatre last night. A wonderful film and a great history lesson.